H.E. Khalid Rashed Al Hanaei, Managing Director of Al Wahda Sports & Cultural Club, said: “In the light of direction set by the Government of Abu Dhabi and the strategy of Abu Dhabi Sports Council to develop Abu Dhabi as the Sports Capital of the country, we are delighted to present to all football fans in UAE the opportunity to experience English Premier League football by bringing together Chelsea FC and Aston Villa for a Challenge match at Al Nahyan Stadium, at the heart of Abu Dhabi, we truly believe that this Challenge Cup will give more momentum to our endeavour in bringing more exciting football events to the city”

Chris Brown, Managing Director of CBF, said: “We are delighted to have brought together two English Premier League clubs for the first time in the capital of the UAE at the fantastic Al Nahyan Stadium, home of Al Wahda Football Club. 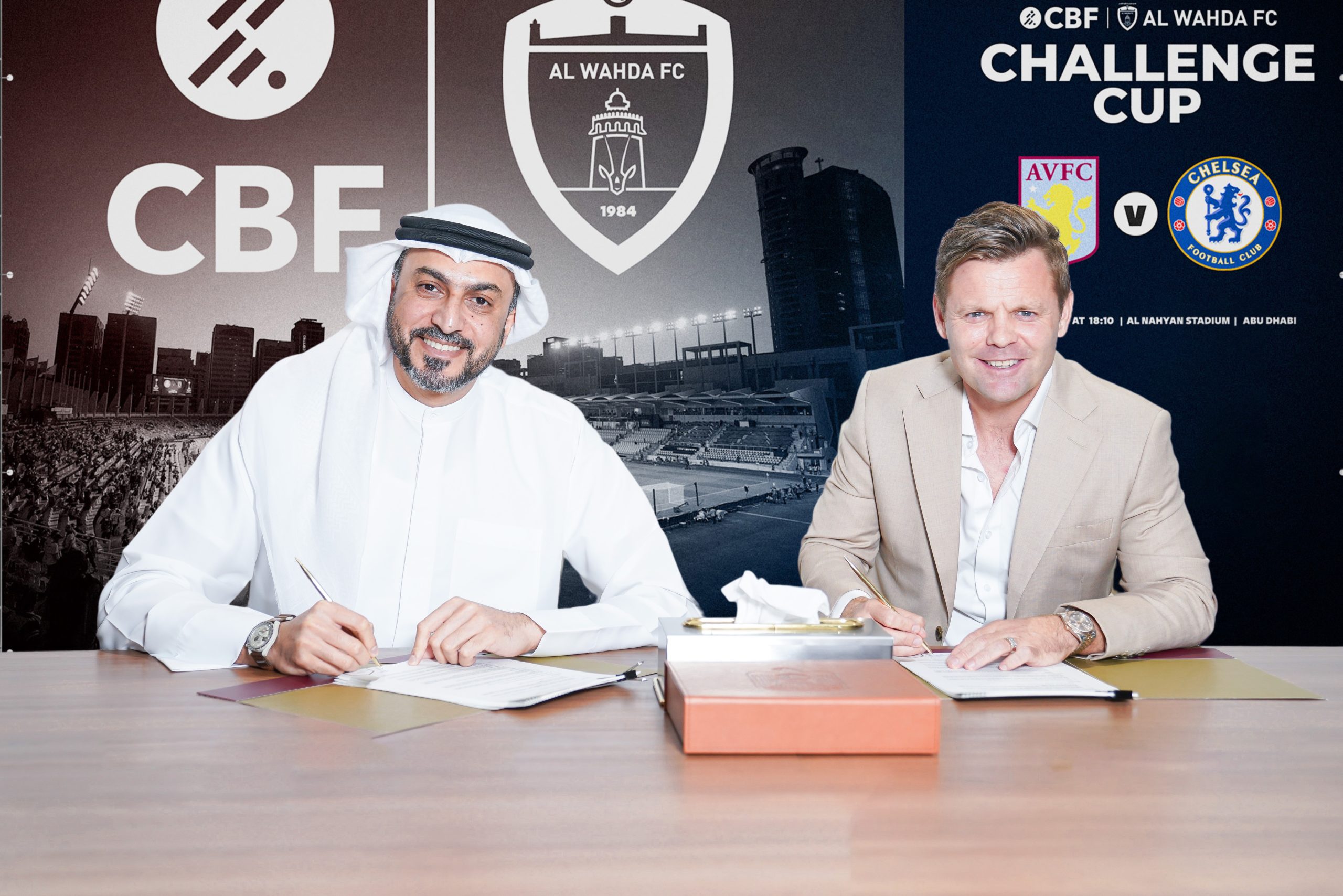 “We look forward to seeing a competitive game as both teams prepare for important fixtures as the Premier League commences after the mid-season break and we look forward to building on the inaugural CBF | Al Wahda Challenge Cup in the future.”

The two Premier League giants will conclude mid-season training camps organised by CBF in the UAE with a prestigious clash at the home of Al Wahda FC.

Both teams have lifted the highest honours in the club game. Chelsea are six-time champions of England, have twice won the Champions League and, in February, lifted the FIFA Club World Cup with a 2-1 victory over Palmeiras at the Mohammed Bin Zayed Stadium.

Now under the managership of Graham Potter, they return to Abu Dhabi in search of another trophy.

Aston Villa have been crowned English champions seven times and lifted the FA Cup on the same number of occasions. Meanwhile, back in 1982, they famously beat Bayern Munich to win the European Cup thanks to a goal from Peter Withe.

Villa won their first two games under new head coach Unai Emery to move to 12th in the Premier League table before the competition took a break for the World Cup. That is four places behind the Stamford Bridge side.

The Maroon continues its preparations before Facing Al Ittifaq tomorrow