Four second-half goals were enough for Al Wahda to secure a great home win over Al Nasr at Al Nahyan Stadium in matchweek five of the ADNOC Pro League on Saturday.

It took 53rd minutes for the hosts to break the deadlock when Ismaeil Matar teed Joao Pedro up on the right wing as the latter brilliantly cut inside the penalty area and drilled the ball into the back of the net with a smart finish.

Three minutes after the hour-mark, Al Wahda doubled their lead when Joao Pedro sent an excellent cross to Tahnoon Alzaabi inside the box, as the latter used his first touch to smack a left-footed shot toward the far post of the goal, beating goalkeeper Ahmed Mohammad Shambih.

The hosts added that third goal of the night when Ahmed Refaat sent a fine low cross inside the penalty area, which was met by Ruben Filipe who drilled the ball with a clinical right-footed finish.

Luis Miguel sealed the victory for his side in the 1st minute of injury time after orchestrating a fine one-two with Ahmed Refaat to open up space, finally allowing the Portuguese midfielder to fire the ball into the top corner of the net, to make it 4-0.

The result means Al Wahda are now in tenth place with 4 points, while Al Nasr remain in the ninth position with five points. 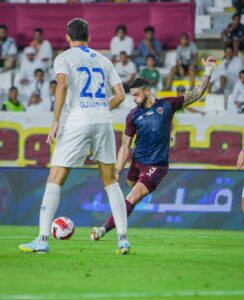 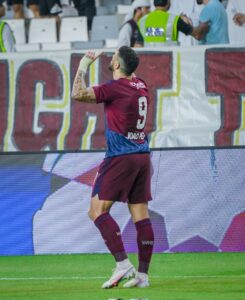 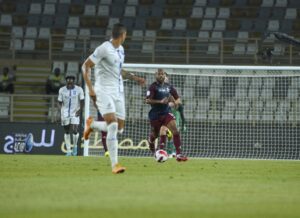 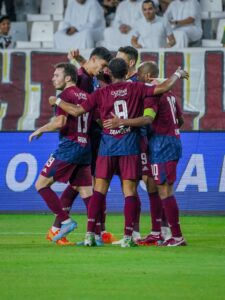